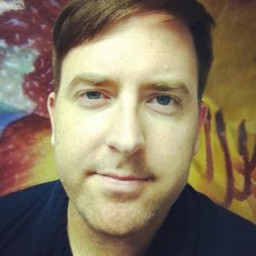 David had a reputation and that rep brought him before the king. These traits were the reason that he served the position he was called to well before he was crowned. If we understand what it takes to stand before royalty, we can also bring the presence of God into unexpected places of influence. Let’s take a deeper look into the seven traits David displayed that gave him access to the royal court.

The backdrop of the following scripture passage is centered around King Saul losing his anointing to rule and being tormented by a spirit sent from God. (What?! Yep, God sent it.) He needs relief from his agony and is looking for some soothing sounds to calm his soul. Enter the harp-playing, sheep-tending, song-writing, giant-killing King in Waiting, David son of Jesse.

One of the young men answered, “Behold, I have seen a son of Jesse the Bethlehemite, who is skillful in playing, a man of valor, a man of war, prudent in speech, and a man of good presence, and the LORD is with him.” 1 Samuel 16:18

We are meant to stand before kings because we already are kings ourselves. Maybe you are called to stand before a literal king or it could also be people of influence in any area of society. As a member of God’s royal family we must understand the authority we carry. Someone operating in a kingly anointing will demonstrate the following traits that David modeled for us.

1. Son of Jesse - Jesse means I possess; a true son has an inheritance

Earlier in 1 Samuel 16 we see David was not invited to the Prophet Samuel’s anointing party for the next King of Israel. Some scholars believe David was born out of wedlock and therefore not considered equal to his brothers. In Psalm 51 David states that he was “conceived in iniquity” which may be why he was left to look after some smelly sheep when Samuel came calling. Whatever the case may have been, he was still definitely Jesse’s son. With that came an inheritance. For David it went beyond a natural possession that his father passed on to him. He was called to lead the nation governmentally and spiritually.

As sons and daughters of the King we also have an inheritance of the same kind. We have land to repossess from enemy hands in the natural and spiritual realm. Do not let your beginning determine your end. We have a high calling in Christ Jesus and that means we have territory to take back.

2. Skillful in Playing - Knows what he is doing

While tending the sheep alone on hills of Judea, David was refining his skill set. He was undoubtedly gifted musically as he penned many songs for the Lord. It wasn’t his natural gifting alone that brought him to play before Saul. The word for skilled in Hebrew is yada meaning to know. If you know something that means you learned it.

Don’t roll up in the king’s court with nothing to offer. What is in your hands? Submit to God and see where He will take you. God can do the miraculous at any time. More often than not He equips us with abilities that can open unexpected doors when we optimize them for His glory.

3. Man of Valor - Mighty and strong

Many times David showed himself to be mighty and strong. We see his strength displayed through his dedication to protect his father’s flock. A lion and a bear were no match for him when they tried to devour the sheep under his care. His strength led to the strength of others. While on the run from Saul, the downtrodden and outcast were drawn to his strong leadership and they joined him in battle. From this unlikely, motley crew came David’s mighty men who went on to accomplish astounding feats of strength.

David knew where his strength originated from as he explains in Psalm 28:7: “The Lord is my strength and my shield, in him my heart trusts, and I am helped; my heart exults, and with my song I give thanks to him.” As mighty strong believers, we know God is our source and we can be confident because the battle is His and not ours.

Maybe the most famous fight in history wasn’t much of a fight at all. It was a one shot and you’re done confrontation. Despite all of the noise that Goliath made, He didn’t even get to lift his weapon. David knew how to fight because he came equipped with the power and anointing of God and did not rely on his natural ability alone. He refused to walk into battle with armor and weapons made for someone else. He defeated Goliath with a weapon he was familiar with.

Our best weapons to defeat the enemy are the ones that God has given us. We must know and accept where we have been placed and what is in our hands. Each of us are in a fight unique to our own life experience. Learning to battle with the Lord on our side will lead to the salvation and freedom of many others.

5. Prudent in Speech - Discerning and understanding in communication

David is one of the great communicators of the Bible. We get to witness how he held nothing back in his dialogue with God throughout the Psalms. His honest heart’s cry to the Lord is seen time and time again as he wrestles with rejection, betrayal, heartbreak, attempted coups, death and more. David understood that God is always listening and speaking. “But know that the Lord has set apart the godly for himself; the Lord hears when I call to him.” ‭‭Psalm‬ ‭4‬:‭3‬

His example reminds us that God is more than able to handle our ‘real talk.’ ‬‬Our words are powerful. In fact, the Bible teaches us that the power of life and death is the tongue. As we are committed to speaking life, we will see circumstance shift and outcomes change as we echo the heart of God.

6. Man of Good Presence - His presence makes a statement

Apparently, David was quite the looker. The Bible makes it a point to describe him as handsome. Beyond his “smoking hot” physical appearance, David knew the importance of being a creation of God. Psalm 139 beautifully describes the care and detail that our Father took when he made us.

We are fearfully and wonderfully made and God is to be praised for it. Understanding the worth imbued to us through our Creator allows us to be men and women of good presence. When we know our worth, we can walk confidently in that truth and God is glorified in us.

7. Lord Is With Him - Marked by the Presence of God

A man after God’s own heart … maybe the most astounding description of David in the Bible. We are all very familiar with his shortcomings but it was his insatiable desire to be in the presence of God that truly marked him. Psalm 63 gives us some insight into his lifelong pursuit of God. “O God, you are my God; earnestly I seek you; my soul thirsts for you; my flesh faints for you, as in a dry and weary land where there is no water.” Psalm‬ ‭63‬:‭1

When our hearts desire God’s presence above anything else others will take notice that the Lord is with us. Oh, God, would you visit us once again and mark our hearts. Only you will satisfy our deepest desire!

Peter described us as a royal priesthood made to proclaim the excellence of God. David was a type and shadow of the one true King of all kings, Jesus Christ. While the Old Testament royal was an apt model to follow in many ways, we now have access to walk with Jesus every day. In our journey to be like Him we can demonstrate these kingly traits which will bring us before people of influence who need a touch from God. Like the Psalmist we can then say, “This is the Lord’s doing; it is marvelous in our eyes.”

“Open to me the gates of righteousness, that I may enter through them and give thanks to the Lord. This is the gate of the Lord; the righteous shall enter through it. I thank you that you have answered me and have become my salvation. The stone that the builders rejected has become the cornerstone. This is the Lord’s doing; it is marvelous in our eyes. This is the day that the Lord has made; let us rejoice and be glad in it.” Psalm‬ ‭118‬:‭19‬-‭24‬

This  whole site is pretty much about me. So ... here's another tidbit: I trained my border collie, King, sheepherding commands when I was seven years old. One of us was a genius. 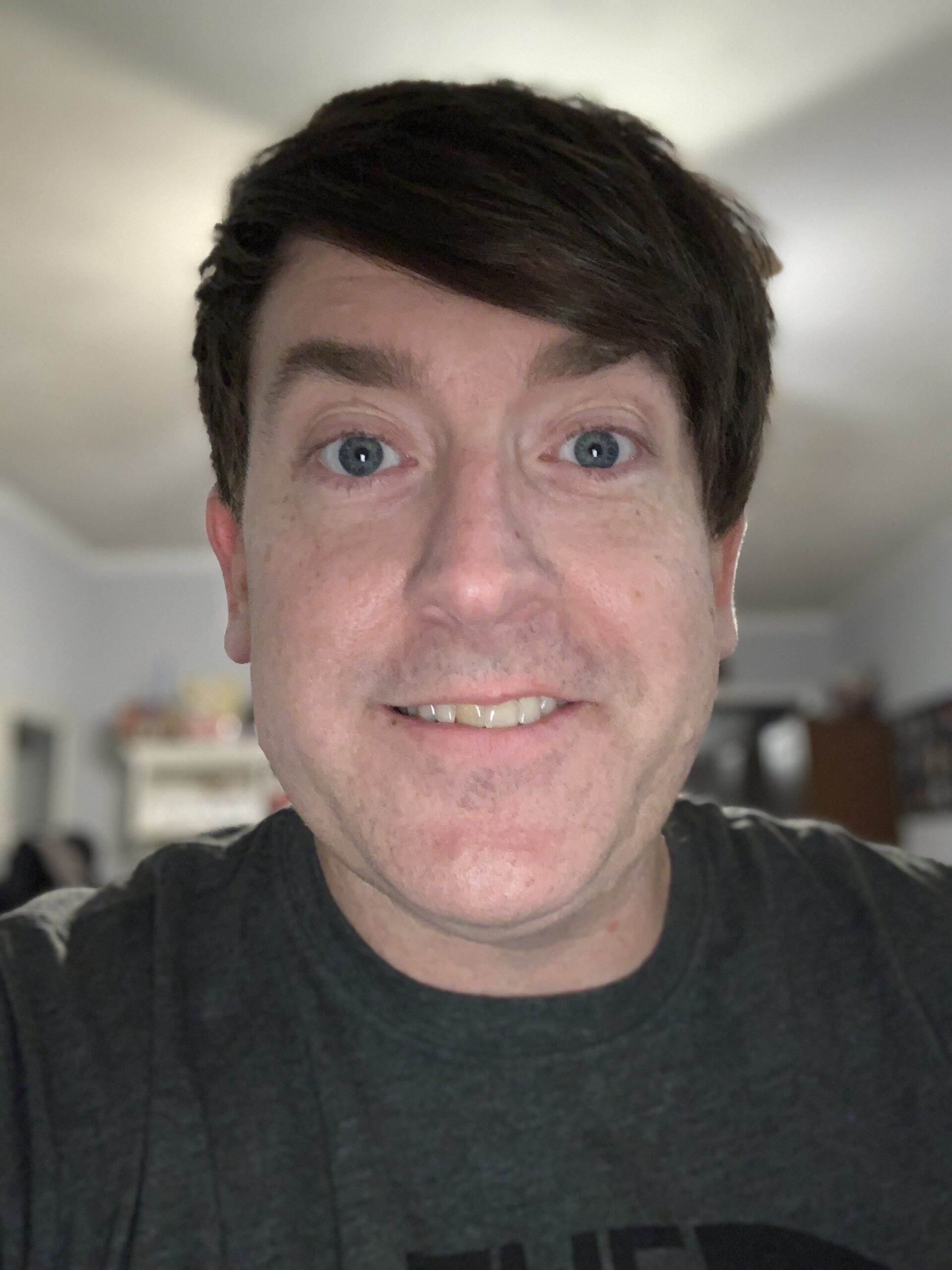 God’s Glory Revealed Through Us

Yellowstone Flood – Cleansing of the Land