(This was the letter I sent to friends and family when I was raising funds to take a trip to Israel. Yesterday 4/5/20, was my 43rd birthday and God showed me some additional things that relate to this trip and time in my life. The post has been set to the original date of writing the letter. Also, check my related post about turning 40.)

My church announced early this year that they would be taking a group to Israel in November. Immediately my heart jumped as I felt I should go. Well, it didn’t take long for me to forget about that. Could’ve been everyday life, more pressing issues or the fact that I didn’t see how it was possible but I moved on from that thought.

Fast forward to the last day of April. I was listening to Lance Wallnau talk about the significance of 2017 as it pertains to the nation of Israel. May 2nd was going to be the 50th anniversary of Jerusalem coming back into Jewish hands in 1967. This year also marks the 70th anniversary of the 1947 UN Resolution 181 that led to Israel becoming a nation. Finally, this November marks the 100th anniversary of the Balfour Declaration of 1917 in which Great Britain stated that the Jews could return to Palestine as their home. I was partially aware of these events but this immediately brought back to my mind the Israel Trip and a strong desire to go.

A couple of years ago while doing some research I discovered that I was born during Passover in 1977. If you understand the Jewish calendar, you know that the Feasts of the Lord move around on our Gregorian calendar. Born a year before or after on the same day and I would have missed Passover. Somehow there is a special connection in my heart for the land of Israel and the Jewish people and it’s probably been there since birth.

For those of you that have difficulty with math, I turned 40 in April this year. The number 40 in the Bible is often associated with testing and the wilderness. (i.e. the Israelites’ 40 years in the wilderness before entering the Promised Land and Jesus’ 40 day fast in wilderness before starting his ministry.) I have had a sense that God is taking me somewhere with Him I have not been before — a spiritual Promised Land so to speak. Now, I feel the Lord has laid on my heart to take this trip to the original Promised Land. What God will do, I do not yet know.  Today was the day I made the decision I was going. A couple hours before typing this letter I opened my email and read this, “Come Out of the Wilderness and Into Your Purpose!” Hmmm.

Twenty years ago, in December 1997, was the one other time I went to Israel. It was a study trip with my college Liberty University. The trip was funded by my Granny who was coincidentally born in 1907. (That’s the 7th “7” date mentioned in this letter … FYI.)

PS: (2020) Obviously, from the photo I made it to Israel in 2017. It was an amazing trip and a true marker in my life. Thanks to all that made it happen! Be blessed! 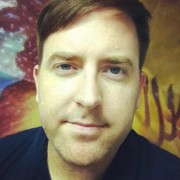